Author Interview with Dayna Lorentz, author of 'No Safety in Numbers' 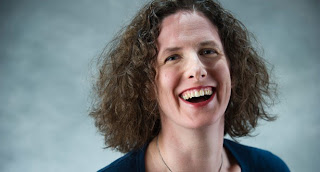 Today, I have the pleasure of sharing my interview with Dayna Lorentz, who is the author of the book "No Safety in Numbers', which is a series in the making. For those of you who don't know what the book's about, here's the Goodreads summary:

"Life As We Knew It meets Lord of the Flies in a mall that looks just like yours A biological bomb has just been discovered in the air ducts of a busy suburban mall. At first nobody knows if it's even life threatening, but then the entire complex is quarantined, people start getting sick, supplies start running low, and there's no way out. Among the hundreds of trapped shoppers are four teens. These four different narrators, each with their own stories, must cope in unique, surprising styles, changing in ways they wouldn't have predicted, trying to find solace, safety, and escape at a time when the adults are behaving badly. This is a gripping look at people and how they can--and must--change under the most dire of circumstances. And not always for the better." 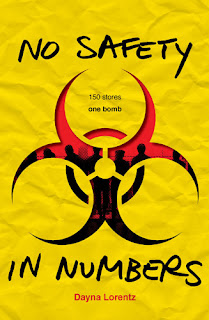 Interview about the novel, her writing career, and more!
Enjoy!
----
1. What inspired you to come up with the idea for 'No Safety in Numbers'?
One night, my husband and I were leaving a late movie that we went to see in a mega mall near where we used to live. This place is huge, and the movie theater is on the top floor, so we had to ride the escalator down several floors to get to the parking level. We were there way after the stores had closed, and most of the lights were off on the lower levels. I figured the place would be empty, but as we descended, I heard shouts and laughter echoing throughout the darkness and saw silhouettes cavorting in the shadows. The mall was transformed into an alien, and I'll admit scary place in that moment--something which I hadn't ever expected to happen. I'm a Jersey Girl and grew up surrounded by no less than four malls, so it's hard for a mall feel anything other than mundane. But the weirdness of that night inspired me, and when I got home, I wrote down the notes that would become No Safety in Numbers.

2. When did you start writing? How did you come to realize writing was what you liked to do?
As a kid, I was always writing down stories and drawing pictures of stories I told myself in my head, but I didn't seriously start "writing" until college. Even then, though, I never let myself take my writing seriously. I didn't think I could ever be a writer--I told myself I wasn't good enough, or that it wasn't a real job for real people. I basically talked myself out of my dream. And so I pursued a "sensible" career in the law. Still, I found myself scribbling stories on breaks in the law library or when caught in a airport during a delay flying home from a client meeting. My favorite part of my job as an attorney was discovering the "story" of a case, of helping clients tell that story in litigation. After a few years, I finally allowed myself to admit that I wanted to give this writing thing a go. So, to answer your question, I think I always knew that writing was what I wanted to do. I just had to go through a long process to let myself believe that I could do it.

3. What was the hardest part about writing 'No Safety in Numbers'?
Getting into the heads of four different characters. I always knew this story would be told from four points of view, but finding out who those four people were and what story they each had to tell, and then getting their unique voices onto the page took a lot of compartmentalizing. I would write a Lexi section, then have to take a significant break before I was able to get into a Marco headspace.

4. Why did you decide to have the book feature different point of views rather than the typical "one person point of view"?
No Safety in Numbers, along with the rest of the trilogy, tells a big story in a huge mall. I knew I needed more than one point of view to tell the whole story; for some reason, I wrote down in my initial notes that I needed, in fact, four points of view. The first voice that came to me was Marco's. As I discovered the story, I figured out who the three other voices were.

Aside from these practical reasons, I am interested in the sort of "Rashomon"-effect multiple points of view create in a narrative. "Rashomon," in case you haven't seen it, is a movie by Akira Kurosawa and it tells the story of a murder from several, entirely different eye-witness points of view. By writing No Safety in Numbers from multiple points of view, I was able to show how two people can have an entirely different experience within the same conversation. Marco might think Shay is flirting with him, but Shay may be flirting for reasons other than romance. By having their two points of view in the story, I could directly show that dissonance.

5. At the end of the novel, its clear that there will be another book after this one. How many books do you plan to have in this series?
Three! No Safety in Numbers (May 2012), No Easy Way Out (Summer 2013), and an as-yet-untitled third book in summer 2014.

6. If there is anything from the book that you want your readers to take from it, what would it be?
Expect the unexpected.

7. Do you plan to write more YA novels in the future?
Yes! I love writing YA!

8. Do you have any advice or tips for people who would like to publish?
Don't focus on getting published. Invest time in making your writing excellent--take classes, find critique partners who will be honest with you, and READ! Read, read, read so you know what you admire in the work of others, then make your writing meet those standards. Make your manuscript into something you can't put down. Odds are, when you've reached that point, your work will appeal to a like minded agent or editor.

9. What are some of your personal favorite books and/or authors?
Invisible Cities by Italo Calvino; how i live now by Meg Rosoff; Cloud Atlas by David Mitchell; Written on the Body by Jeanette Winterson; The Phantom Tollbooth by Norton Juster.

10. What was it that inspired you to write a YA novel for teens, as opposed to an adult, or another children's book (like you have in the past)?
The teen voice is the one that comes most naturally to me when I sit down to write. And the stories I want to tell right now are stories about that time of life. Even with Dogs of the Drowned City, my earlier series, I'm not sure those books are not YA...I mean, their content is not "mature", but they are essentially coming of age stories, just the people who are coming of age are, well, not people, but dogs:)

11. (Bonus question): You seem to really have a love for dogs! What's your favorite breed?

Pugs! Both my dogs are pug mutts. I just love their little smushed faces and curly tails.

----﻿
﻿
Thanks Dayna, for taking your time to complete this interview! It means a lot to me and my blog followers or anyone else out there who's enjoyed your work!
Happy reading everyone!
﻿
Posted by Emily Brown at 20:44

Emily Brown
I have a passion for reading (well, what else?!)! I hope that you will find this blog to you liking and find it helpful and exciting :) 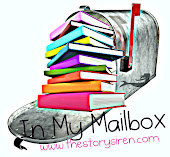 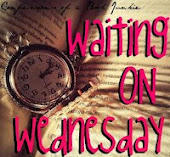 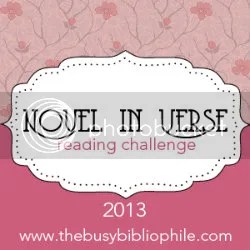